A growing coalition of over 75 organisations is calling on European governments and the European Union (EU) to provide the full rights and support owed to stateless refugees and to better prioritise this often overlooked aspect of asylum and migration policy.

Over the last decade, more than 70,000 stateless people arrived in the EU and were registered as seeking asylum. At least an additional 100,000 asylum seekers during this period were recorded simply as “nationality unknown”, signalling that they too are likely to struggle in an asylum system designed around the assumption that everyone has a nationality. Other stateless persons may be denied the opportunity to be registered at all.

War in Ukraine has exacerbated this situation, as Ukraine has a large stateless population, including former USSR citizens, Roma, and people born in Non-Government-Controlled Areas and Crimea. Forced to flee, they now face similar challenges to the thousands of other stateless refugees who arrive in Europe each year.

While some stateless people can apply and be recognised as refugees, many find that accessing protection is more difficult and takes longer than for people who have a nationality.

Only a handful of European States have legal and policy frameworks to identify and determine statelessness and to offer recognised stateless people the protection they are due under international law. It is crucial that statelessness is identified and acted on as early as possible to ensure that stateless refugees can access the full scope of rights to which they are entitled.

Absence of accurate, disaggregated data and low levels of awareness about statelessness among officials and refugee response actors mean there is a lack of tailored support for stateless people seeking protection. Free high quality legal assistance and better information is needed at all stages to help people to understand their rights, navigate complex legal procedures and ultimately to rebuild their lives.

Lack of proof of family links can mean that stateless people face barriers to family reunification and naturalisation. On the other hand, a stateless person with no right to remain often has no country to which they can return, so if their statelessness is not identified, they may face precarious living conditions and homelessness as well as repeated removal attempts, often resulting in periods of prolonged arbitrary detention.

Many European countries are also failing to protect the right of all children – including those born to refugees – to acquire a nationality at birth. As a result, children are still being born stateless in Europe. Growing up without a nationality will sentence many children to discrimination and other violations of their rights, limiting their development and potential. If States fail to address this, a new generation of children will be forced to live in limbo.

Most importantly, everyone has a right to seek international protection regardless of whether they are a Ukrainian citizen or a former USSR citizen with undetermined nationality; a Syrian passport holder or a Palestinian refugee from Syria without a passport; or one of the many other stateless people around the world.

People flee because they fear for their safety and want to protect their families. States have a duty not to discriminate against refugees who may be stateless and ensure they can access their rights. It is essential that Europe recognises and addresses statelessness if it is to uphold its traditions of freedom, democracy, equality, the rule of law and respect for human rights.

Progress has been made over the past few years, but governments and regional actors now must do more:

Organisations wishing to endorse the statement can fill in the form online. 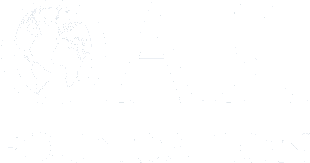